...living in a world where, whenever they wanted, every man and woman could wear a crown. What would your crown be like?

There is a real community that wears a crown or 'Dastaar' in not just our society but every climate and country in the world – the Sikhs.

For thirty million Sikhs, fashion has followed faith down through the centuries and now many styles of turbans can be seen.

The Turbanology exhibition artfully catalogues the different types of Dastaar that Sikhs wear. We also explore why the right to wear a turban is central to the Sikh faith. Today there are many growing misunderstandings and misrepresentations of this aspect of Sikh identity.

Turbanology dispels the myths and unravels the real culture and heritage making up the Sikh Dastaar.

We want you to be a part of the show – send in your pictures, have your say and suggest more turban styles and stories for us to feature via www.turbanology.info 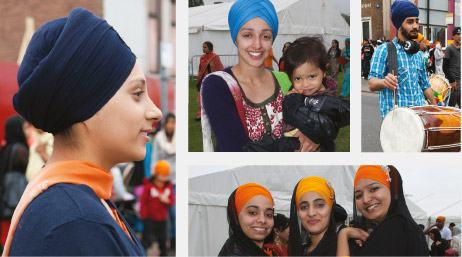 The long piece of cloth that makes up a Sikh's turban has a sacred purpose, since to preserve and keep hair clean and uncut is a religious duty. But turban is only the English name for any kind of Eastern headdress. It's a word that's interwoven with three hundred years of European myths and stories: it's not the word that Sikhs use themselves.

For a Sikh, a turban is never a hat but always a crown or Dastaar. A European crown is traditionally made of valuable metal and precious stones, to be carefully preserved, inherited; coveted. A linen Dastaar is simple, clean and practical. It requires pride and a sense of purpose to tie and must be freshly folded each day. This is why a Sikh's turban always represents spiritual wisdom as much as worldly power.

Following Sikh principles of equality, women may also wear the Dastaar. Every Sikh will tie one individually, with many practical variations for worship, work and sport. With the Dastaar around the head, a Sikh cannot hide his faith or his identity as a Saint-Soldier. The turban is a visible and constant reminder to be truthful, honourable, courageous and help those in need. 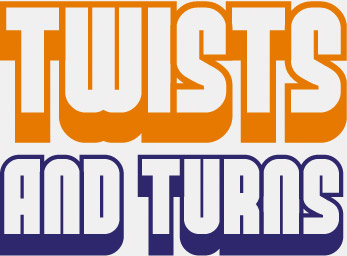 Turbans are worn in many world cultures as practical or symbolic headdresses. But for the Sikhs, the turban is an article of faith central to their spiritual ethos and code of conduct. Their reasons are rooted in the 300 year history of the founders of Sikhism – the Gurus.

The first Guru – Nanak Dev – traveled across India and the Middle East in the 15th century, debating with many Hindu sadhus and Muslim fakirs. For these diverse communities, the turban was a shared symbol of saintly wisdom connecting man to God.

In 1699, the tenth Guru, Gobind Singh, created the Khalsa – an order of initiated Sikh men and women at Anandpur in the Punjab. The turban was from then on to be worn as a constant reminder of the sovereign and independent nature of the Sikhs, and that each Sikh is a distinct and constant representative of the Guru. Every Sikh will aspire to wear a turban whether devout or practicing.

The early Sikh nation found itself under attack from all sides. The enlightened era of the Sikh Gurus gave way to one of bloodshed. Now, Sikhs were hunted down for bounty by Mughal emperors and invading Afghans alike. The Turban was a true mark of the Gurus' disciples.

The Sikhs' new leaders – the Sardars – had to be daring and astute in both strategy and politics as their nation strove for continued existence. Banda Singh Bahadur built the first Sikh Kingdom and struck coin in the name of the Guru before his capture and martyrdom in 1716.

To defy the enemy, Sikh militias unified into one body – the Dal Khalsa under Nawab Kapoor Singh. When Afghan raiders invaded India, the Sikhs organised again into defensive fighting clans – misls – to better protect people of all faiths.

Jassa Singh Ahluwalia led one misl, becoming Sultan-ul-Quam (King of the Community) in 1748. As supreme leader of the Sikh Confederacy he wore a Kalgi (plume) on his Turban, a sign of royalty and honour. But not only for rulers – every Sikh that wears a Dastaar takes pride in it's appearance as it represents the True King and Father of the Khalsa – Guru Gobind Singh.

The Sardars continued to fight for the survival of the Sikh nation, but they couldn't stop the Punjab from sliding into lawlessness. Invaders and bandits kept villages cut off and isolated; poverty was rife and few towns prospered. The Sikhs had grown too used to fighting guerilla wars and the misls argued amongst themselves for superiority and position.

The head of the Sukerchakia misl – Maha Singh – had the ambition and vision to unite the misls. But when he died in battle at 26, it was left to his 10 year-old son to complete his mission. His name was Ranjit ('Victory') and he grew into a masterful soldier and strategist. Powerful Sikh families he united by marriage, the weaker ones he overpowered. And by an exchange of Turbans he made brothers out of his rivals.

In 1801, Ranjit became the leading Sardar when he was invited to take Lahore. He called himself 'Singh Sahib' but never crowned himself 'Maharaja' – his Turban was his crown. Ranjit laid the foundations of sustained peace and prosperity for the Punjab, and over the next four decades he consolidated and expanded his Kingdom. But soon the Punjab's wealth and natural resources would attract the attention of a new – powerful – suitor – the British Empire.

The British learned the true significance of the Sikh Turban through the example of one man; Duleep Singh. Arriving in Britain as a boy in 1854, he became a favourite of Queen Victoria and lived the comfortable life of a celebrity aristocrat. But he was also a prisoner. Following two Anglo-Sikh Wars, Britain now controlled the Indian subcontinent and Duleep Singh was the last Maharaja of the annexed Sikh Empire.

With its gift of the priceless Koh-i-Noor diamond, the Punjab provided the literal jewel in the crown of the British Empire. Duleep – youngest son of the 'Lion of the Punjab' – became a hostage against future instability. The exiled prince was allowed his royal status and would wear his jewel- encrusted Turban to State and Royal occasions. Duleep and his Sikh retainers were depicted and discussed favourably in the Victorian media.

Later Duleep rebelled against his comfortable captivity. Inspired by tales of India from visiting Sikh relations – especially his mother, Maharani Jinda, he attempted to regain his lost heritage. But Duleep had few, if any, of the qualities of his famous father. The British out manoeuvred him at every turn, and he died penniless and unhappy in France.

After the Anglo-Sikh Wars, the British were so impressed by their opponents' fighting valour they found a role for them in the Raj. Dispatched to the Empire's unruly North West Frontier, the Sikhs fought bravely throughout what we now call Afghanistan, remained loyal during the 'Indian Mutiny' in 1857 and fought to the last man at Saragarhi in 1897. Lauded in the Victorian press, the heroic exploits of Sikhs became the talk of drawing rooms and playing fields across the world.

But the real test of Sikh valour came during the Great War. Remaining true to their reputation as steadfast warriors, thousands of Sikhs volunteered to fight in Flanders, Gallipoli, Suez, Kilimanjaro and Baghdad. Sikhs wore Turbans under fire; many later finding bullets in the windings. During the Second World War, Sikhs fought in Burma, Italy and the Middle East, won medals and commendations and even served as bodyguards to Sir Winston Churchill.

Altogether 83,005 Sikhs were killed and 109,045 wounded. A century of sacrifice gives Sikhs an enduring fame in British military history. Now, images of Sikh soldiers line the corridors of the Royal Military Academy in Sandhurst. Sikhs continue to serve Great Britain today in Iraq, Afghanistan and across the world. 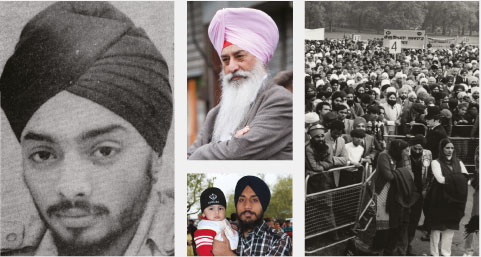 When tales of wartime bravery were told, the Sikhs became known all over the world as warriors. But as manual labourers? As shopkeepers? As bus conductors? Sikh settlers in Britain were rarely shown the respect they had enjoyed as students or soldiers. Discrimination against the Sikh religious identity became a feature of 1960's Britain.

But without full legal protection, wearing a turban could still count against any Sikh applying for a job or school. In 1983 Sewa Singh Mandla fought a ban on turbans at his son's Birmingham school. The Sikh community organised protest marches and petitioned politicians across the country. After losing their case at Birmingham's law courts, the House of Lords ruled on appeal that wearing a turban was each Sikh's right.

With the 9/11 attacks the image of bearded, be-turbaned men as Islamist terrorists became fixed in popular culture, with tragic consequences.

Sikhs have since been abused, threatened and beaten – especially in the United States. In Arizona a racist gunman sought out and murdered Balbir Singh Sodhi within days of the Twin Towers attack for 'revenge'. In 2011 two elderly Sikhs were shot in California while out walking. Sikhs in Europe now find themselves under suspicion because of their Dastaars. Frequently, airport security checks often offer them no dignity. A 2008 study found this prejudice was now widespread and mostly unconscious – researchers dubbed it the 'Turban Effect.'

In the UK efforts to raise public awareness about the meaning of the Dastaar still continue, three decades after the Turban Rights movement. But Government lobbying and demonstrations cannot match the impact of Sikh pioneers who take their place in popular culture with their Turban-identity intact. These include England cricketer Monty Panesar, 100-year-old marathon runner Fauja Singh and the first Sikh on the High Court circuit, Justice Rabinder Singh QC.